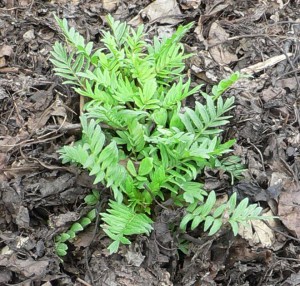 More and more people are discovering the benefits of using natural health treatments or “holistic medicine”. Though conventional medicine has experienced many breakthroughs that make modern life better, many people are willing to give alternative remedies a try, as a safe, more natural way of dealing with less serious, or chronic health problems.

Most natural dog remedies, as opposed to treatments, fall into three main categories, herbal remedies, flower essences, and homeopathic remedies. Physical treatments such as hydrotherapy, acupuncture and reiki are considered in their own article.

As you’ll find out, there are many natural dog remedies for you to consider when trying to improve your pet’s health, some fairly mainstream (like herbs) and some more controversial (like homeopathy).The key is not to ignore your traditional veterinarian but to become familiar with these alternative treatments for dog health in order to have more options when your dog becomes ill. One idea is to work with a holistic veterinarian who is also open to some of these natural treatments for dogs. Some of these remedies have more proven effects than others, with herbal remedies being the most proven, followed by flower essences, with homeopathy remaining arguable the most controversial.

There’s a lot of information on the web and in books on using alternative remedies, please use your own judgement about the safety of using this advise, for example one book I’ve recently read recommends treating distemper with Bach flower remedies, although it does qualify this advice later on in the section by stating that ‘seriously’ ill animals should be taken to a vet. As hopefully most dog owners know, Distemper is a killer, puppies not receiving a great deal of treatment are almost guaranteed to die, even those that do receive swift hospitalisation often succumb.

Personally my advice would be to seek veterinarian treatment for illness and accidents, but perhaps try some herbal/bach flower remedies for mild/minor emotional/nervous problems. I’ve personally had success with rescue remedy and valerian for poor travellers. However, I do have a scientific background, so I’m likely to be somewhat biased against homeopathy. So please treat this article like any other information you come across, and feel free to make up your own mind!

Herbs are probably the easiest natural treatment for dogs to understand, since you can think of them as nature’s medicine. Although you always want to use caution when treating your dog’s ailments, the right herb in the right amount can be the perfect remedy to common symptoms like diarrhoea, itching, and even anxiety and depression.

Promoted by celebrities as treatments for nervousness, flower essences are much more difficult to prove scientifically than, say, herbal remedies for dogs. A flower essence (also known as a Bach remedy) is a water or alcohol tincture that has been exposed to a particular flower and is therefore supposed to contain the “essence” of that flower. Various flowers are said to have a certain influence on a person’s mood or emotional state.

For example, the substance known as Rescue Remedy is a combination of various flower essences and is often recommended by holistic veterinarians for acute cases of anxiety in dogs.

Indication: Stressful situations:  visits to the vet, being left alone, adapting to new surrounding.  Fear of loud noises, such as firework and thunder.  Excessive barking.

Outcome: Provides a sense of security and fearlessness so they may face challenges and difficulties more easily.

Outcome: More tolerant of other animals and people.

Indication: A loss of self-control, violently scratching itself.

Outcome: Allows the animal to learn from experience so it can move on in life and not repeat the same mistakes.

Indication: No apparent interest in the world around them: animals who sleep all the time, have trouble paying attention, or seem to live more in a dream than in the present.

Outcome: Enables the animal to develop a more lively interest in the world around them and enjoy and participate in life.

Outcome: An animal that is more relaxed, accepting itself and its imperfections. It has a cleansing effect.

Indication: Overwhelmed by a sense of responsibility from temporary circumstance e.g. abandoning their litter

Indication: Despondency due to a setback; eg; not going for a walk as usual creates lethargy and sadness.

Outcome: A pet that does not need to be the centre of attention.

Indication: Jealousy of other animals or a new baby in the home.  Angry growling, hissing, barking, snapping or unprovoked attacks

Outcome: An animal that is more compassionate and willing to share with other animals

Indication: Homesickness or over-attachment to the past. Loss of owner or home

Indication: Lethargy or lack of enthusiasm to go anywhere, but once engaged in an activity or game is fully involved

Indication: Impatient and seeming to have boundless energy; can’t wait to go for a walk or rushes ahead

Indication: Lack of self-confidence or avoiding situations where they have to perform

Indication: For fears; loud noises, lightening, visits to the vet.  May shake or shiver when confronted.  Shy and timid animals.

Indication: Exhaustion, fatigue due to overwork: for working animals or those involved in racing, competitive events or shows.

Outcome: A restoration of strength and vitality.

Outcome: Results in a more decisive and balanced animal.

Indication: Abused, mistreated in the past.  Trauma or shock

Outcome: Neutralizes the effects of shock or trauma

Outcome: Assists animals to be more calm and able to relax

Indication: Authoritative, dominant even over their owners

Outcome: Allows animal to be determined not domineering

Indication: For any period of change

Outcome: Helps the animal ease into its new surroundings or situation

Indication: Unfriendly, stand-offish: do not invite or welcome cuddles, petting or obvious affection

Indication: Loss of sense of direction or purpose; especially good for working or show animals who are being retired

Outcome: Restores ambition and sense of purpose for the animal  (may also need Walnut)

The theory behind homeopathic dog remedies is certainly controversial, but there are many strong proponents who regularly use these natural dog remedies for their canine’s health problems.

Homeopathy was first devised for humans in the 1790s by a German physician named Samuel Hahnemann. Its key concept can be found in its name: homeopathy comes from the Greek word for like or similar, and that’s what homeopaths believe: “like cures like.”

Homeopathy is founded on the belief that every being (pets as well as humans) has a self-healing response, and that health problems develop when that response is hindered or imbalanced. Homeopathy views the symptoms within the larger context of the affected individual’s overall health, and then tries to stimulate the body’s own healing responses. As dosage is critical, as the same substance can both decrease and increase reactions, please consult a homeopath for the correct dosage both for the symptoms and size of your dog. Homeopathic remedies, therefore, cause symptoms similar to the ones the sick animal is already showing. For instance, an animal that has diarrhoea would be treated with–in incredibly tiny amounts–a plant, mineral, or animal substance that causes diarrhoea. The remedy replaces the illness, causing a cure by allowing the animal’s own healing powers to overcome the condition. Thus “like cures like.”

The debate about homeopathy

The substances used in homeopathy are derived from herbs, minerals, and other natural substances that are diluted beyond the point of actual toxicity. In fact, homeopaths believe that the more diluted the substance, the higher the potency, and the less frequently it has to be given.

This means that, by and large, homeopathic medicines are quite safe and produce no side effects, even when they sound a little ominous. Some of the most common compounds include ingredients such as sulphur, bee venom, and even poison ivy.

This is a distinctly different approach than that used by traditional Western veterinary medicine, and there’s a great deal of debate about whether the benefits of homeopathy are real and provable. The homeopathic stance against vaccination (which is seen as causing an artificial imbalance of the body’s vital energies) is particularly controversial.

However thousands of dog owners around the world believe strongly in its ability to heal and maintain health, and a growing number of veterinarians are being trained in homeopathic as well as Western medicine.

There are more than 2,000 homeopathic remedies available, and they address a wide range of chronic and acute conditions. Essentially for just about any ailment your dog could suffer from, there is a homeopathic remedy, viruses and bacterial infections, to respiratory disease, kidney dysfunction and cancer.

Most homeopaths first do a physical exam and then ask a lot of questions, many of which you may not think have anything to do with your pets condition. This is because the key to success in homeopathy is individualization–that is, two dogs who’ve been diagnosed with the same disease may be presenting entirely different symptoms, so they may receive entirely different homeopathic remedies. With this information, the homeopath will decide which symptom to address first. The method is usually to tackle one symptom at a time, with as little interference from other medications or treatments as possible.

However even its greatest proponents say homeopathic medicine has its limits. Because it relies on the natural healing properties of the body, if the body is already badly damaged through disease or accident, homeopathy won’t be effective. If it’s a matter of a traumatic disease or accident, alternatives such as surgery and antibiotics are likely to be necessary.

Don’t give the remedies with food. Give homeopathic medicines at least an hour before or after feeding, so the food and the medicine don’t interfere with each other. Its also important not to handle the pillules, as the remedy is often on the outside of the pillule. Homeopathy is often used along with other alternative therapies such as chiropractic, massage, acupuncture, reiki, even magnet therapy, check with your homeopath before you use them.